The Massachusetts Teachers Association is launching a multimedia campaign on Monday, accusing public higher education executives of failing to effectively advocate for funding from Congress and the state Legislature to avoid layoffs and a COVID-19 disaster this fall.

In a video message slated to appear on social media, radio and TV stations including CNN, MSNBC and ESPN, faculty and staff from UMass and some of the state’s nine other public universities and 15 community colleges say that layoffs, furloughs and insufficient planning have left those schools unprepared for a safe and equitable semester.

“Using the pandemic as an excuse to dismantle programs and to cut thousands of higher ed staff at the universities and colleges that disproportionately serve low-income students and students of color is a disturbing approach, one that needs to be reversed and rebuked,” Najimy said.

Up to half of the money will go toward coronavirus-related expenses associated with reopening both public and private colleges and universities, as well as certain nonpublic elementary and secondary schools, according to the Massachusetts Executive Office of Education. Funds will be allocated based on the number and percentage of low-income students those schools enroll.

But $25 million pales in comparison to what has been cut at state schools, said Max Page, vice president of the Massachusetts Teachers Association.

“With more than a quarter billion dollars of cuts slated to gut public higher education in Massachusetts, including $264 million at UMass alone, touting $25 million in potential federal aid versus a quarter billion in cuts is a dangerous bait and switch for the students, families and communities who are grappling with the various health-, employment- and learning-related crises created by the original cuts,” Page said.

“Opening public higher education campuses without taking serious action to restore these cuts is reckless, unsafe and contrary to the economic and educational needs of taxpayers, businesses and residents across the commonwealth,” he said.

John T. Hoey, a spokesman for UMass President Marty Meehan, said the university is projecting a 6% reduction in its statewide workforce, including the elimination of 800 positions through attrition and about 500 layoffs.

Another 3,000 employees are being furloughed, Hoey said. But all of those numbers could change, he said, depending on state and federal aid, enrollment and other factors.

Steve Turcotte, a maintenance worker at UMass Lowell for 10 years, said every employee at the university was given a five-day furlough and, effective June 30, 20 of 140 maintenance workers and trades people were laid off.

Read the article on the Boston Herald. 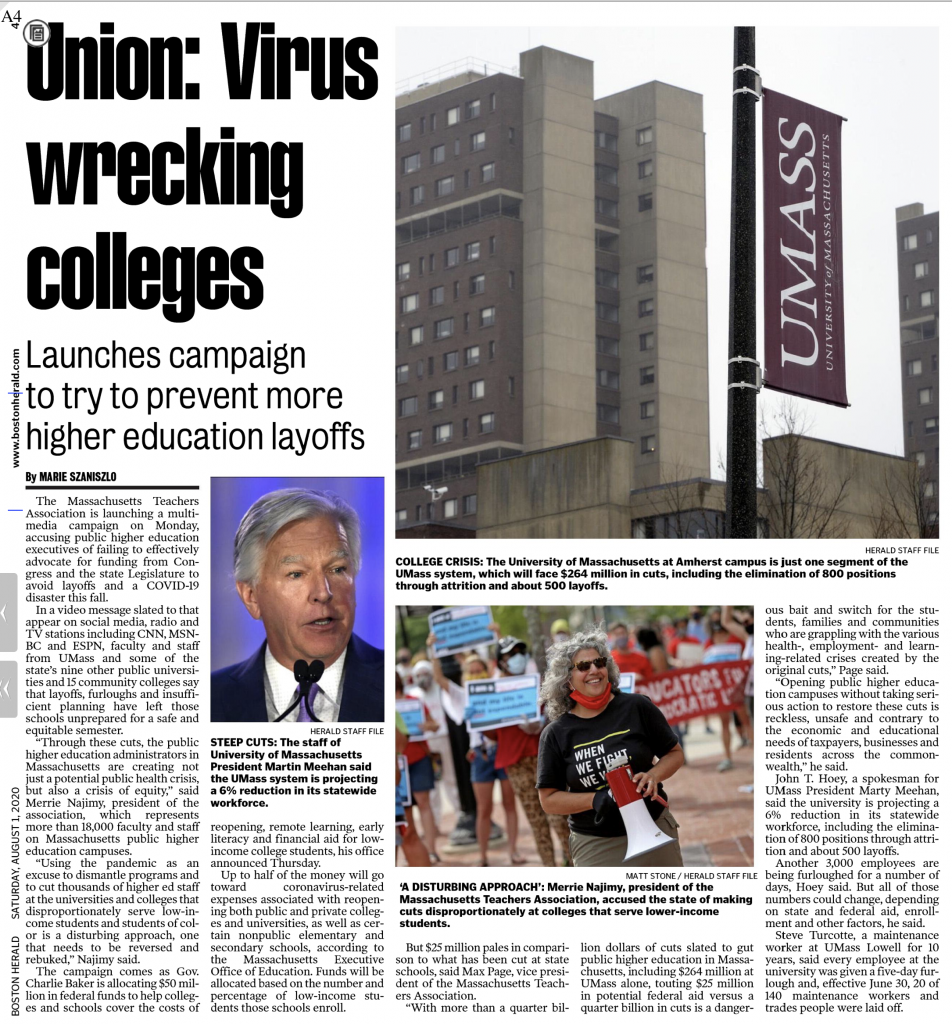 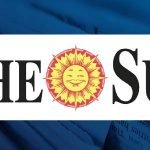 Column: SSU is breaking the law and attacking unions everywhere

Community colleges are the key to economic opportunity during COVID-19